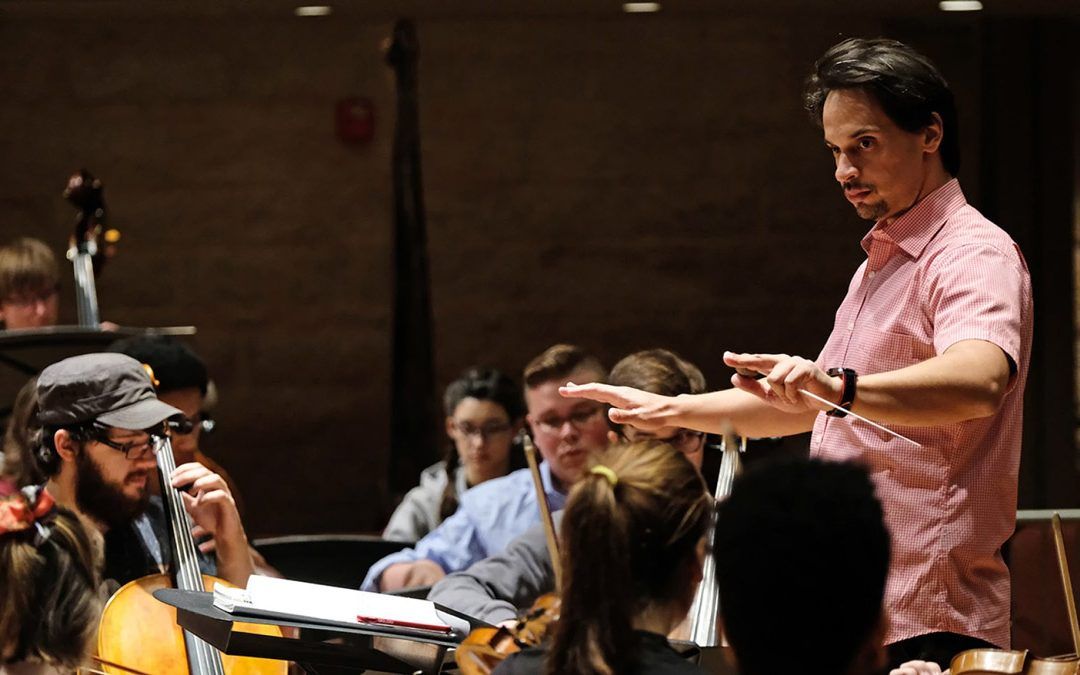 For about a year, Darwin Aquino has been serving as conductor of the orchestras at both the University of Missouri-St. Louis and Washington University. And on Tuesday evening, the two groups under his direction rehearsed together for the first time ever. Final preparations are underway for their distinctive concert this Sunday, where they’ll combine musical forces to present music from several popular video games, films and more.

“It’s the music that we hear every day, and especially our young people,” he said during Wednesday’s St. Louis on the Air. “They are hearing that music while they play the video games or they see a movie. So that’s why we decided for this very special event [to] put two university orchestras together … playing the music of today.”